HEMP - IT'S WHAT'S FOR DINNER (and skin care and supplements and ...loin cloths?)

Industrial hemp is a very durable product that is produced by the Cannabis plant.  Cannabis, in all of its strains, is one of the fastest growing plants known, which qualifies it as a renewable resource.

Hemp is naturally resistant to most pests, precluding the need for pesticides. It grows tightly spaced, choking out weeds, so herbicides are not necessary.  Hemp can be used in clothing as an alternative to cotton, which is usually grown with massive amounts of chemicals harmful to people and the environment. It can also be pulped using less chemicals than wood and the long fibers allow the paper to be recycled several times more than wood-based paper.
Hemp oil is the richest known source of polyunsaturated essential fatty acids (the "good" fats). It's quite high in some essential amino acids, including gamma linoleic acid (GLA), a very rare nutrient also found in mother's milk.  Here are a few thing you may not know about hemp: 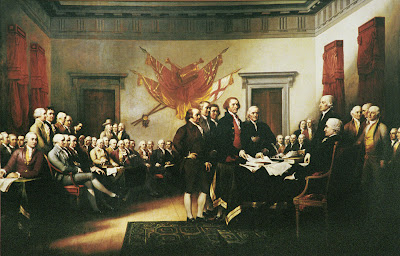 The version of the Declaration of Independence released on July 4, 1776 was written on hemp.
George Washington and Thomas Jefferson both grew hemp.
Benjamin Franklin operated a paper mill that used hemp.


The original Levi Strauss jeans were made from hemp.
Until 1883, 75-90% of all paper in the U.S. was made with hemp.
In 1941 Henry Ford built a car with a plastic parts made from hemp and wheat straw.

In 1942 the U.S. government strongly encouraged hemp cultivation to help with the war effort, going so far as to produce a film entitled “Hemp For Victory“.
Robes for Buddhist Monks and loincloths for Sumo Wrestlers are made from hemp.
Today cereals, milk, cream, butter, supplements, sunscreen, diapers, clothing, carpets, construction materials, paper products, diesel lubricants and thousands of other products are made with hemp, either as the primary ingredient or an additive.

We have found some great hemp products that are available on RUNKA.com.  Take a look and check back often - we are searching for more all the time!
Posted by RUNKA.com at 10:06 AM