RUNKA.com recently attended the first Traditional Healers Forum radio show in Berkeley, Ca. on KPFA.  The experience was tremendous and RUNKA was honored to be one of the sponsors.  Miguel Molina of La Onda Bajita produced the show, which will be recurring every three months on KPFA.

The show was hosted by David Kukkola of the Living Medicines Traditional Healing and Cultural Center in Fairfax, Ca.  Ron San Miguel opened the evening with beautiful live music and he played several more times during the course of the show.  Here is some information about David from the Living Medicines (www.livingmedicines.com) website: 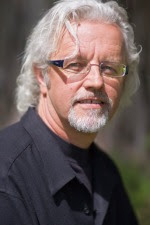 David Kukkola, a Shiatsu Master, Medicinal Herbalist, and published poet, brings 25 years experience as a practitioner of traditional healing to his private practice. He was a founding partner in a herb company in San Francisco, a source of handcrafted herbal remedies drawn from select plant medicine traditions. He co-authored Roots of Healing~a practitioner's manual to herbal medicine.

David has studied and worked with healers from traditions around the world, including Native American, Asian, African, and European cultures.  The foundation of his healing practice was established at the Namikoshi Shiatsu College; Tokyo, Japan, 1982-1983, where, while living in a Buddhist temple, he studied under the tutelage of Shiatsu Master, Tokujiro Namikoshi.

David then presented a taped interview he did with Dennis Banks of the American Indian Movement (AIM) concerning the high level of diabetes within the Native American people.  Dennis, who was diagnosed with this disease, was in the middle of his 2011 Long Walk for Diabetes.  He has a tremendous respect for the approach traditional healing takes with diabetes and supports the efforts of indigenous healers.

LEAVING: Huntington Beach, California, February 14, 2011
ARRIVING: Washington DC, July 14, 2011
ROUTE: states we will be traveling thru are as listed: 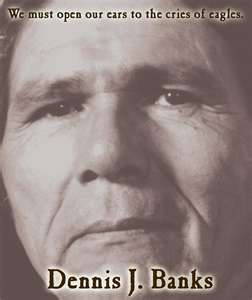 CALIFORNIA
ARIZONA
NEW MEXICO
OKLAHOMA
ARKANSAS
LOUISIANA
MISSISSIPPI
ALABAMA
GEORGIA
FLORIDA
SOUTH CAROLINA
NORTH CAROLINA
VIRGINIA
Starting out in Huntington Beach with a pipe ceremony, and other events, we will be bringing awareness to let America know that this deadly disease can and will be stopped.
The walk will consist walking/running 5,000 miles or more and Educating all communities we travel through about Reversing Diabetes, and education about Heart Disease.
We will have walkers walking a total of 15 miles daily or more, and runners running a substantial amount more.


After the interview with Dennis, David had Bruce Elijah of the Oneida tribe join the program by phone.  They had an excellent conversation about traditional medicines and the role that elders and children play in our communities.  David and Bruce took some calls from the listeners and the questions and answers were fascinating.

Rob Allbee of Inside Circle joined David in the studio and read several of his poems; Rob's words were delivered with emotion and impact. Rob teaches writing to prisoners at Folsom Prison and if you would like to read some of his work please go to www.insidecircle.org.

When the show was over Miguel reported that there had been more than 70 callers waiting to get through to the speakers.  It was a wonderful evening and David has just notified RUNKA that the next show will be on July 22 and will be broadcast live from:

This event will be open to the public so join David Kukkola and his radio guests for this special live broadcast.  Please check back to this blog for more information - we will get it to you as soon as we have an update.  We are looking forward to another inspiring time of music, spoken word and learning about traditional healing directly from the practitioners.  We hope to see you there!